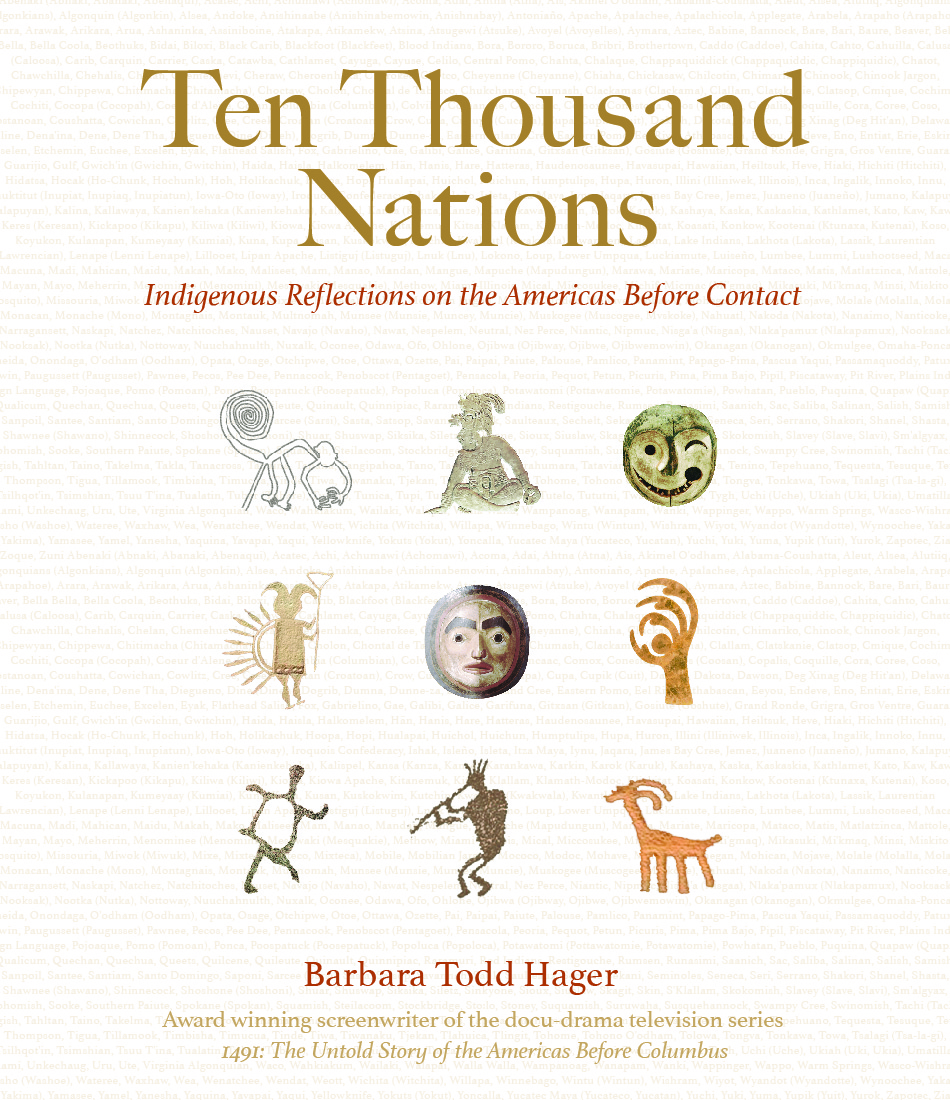 A quick search and the first email regarding 1491 is December 17, 2014 the next is a January 8 follow-up email from our first pre-production meeting for 1491: The Untold Story of the Americas Before Columbus. Now here we are at the unfolding of Ten Thousand Nations, a non-fiction book with short fictional narrative that we filmed in 2015. I costume designed the filming, and I auditioned and got the part of Indigenous Women. It was a tough day to be out on the water, paddling being directed, setting up the scene on water, take after take, adjust, retake, all day. Drone day, same thing all over again, but only half day of paddling in circles. I believe we had a doll for all of drone day and the actress Kim Cameron in the boat on the arrival on land scenes. I gained much appreciation of the actor and the physical and emotional work, the teamwork that acting requires. At the end of my day, I was so thankful for the costume team who took care of me. I have a better appreciation for the actor/costume dept relationship.