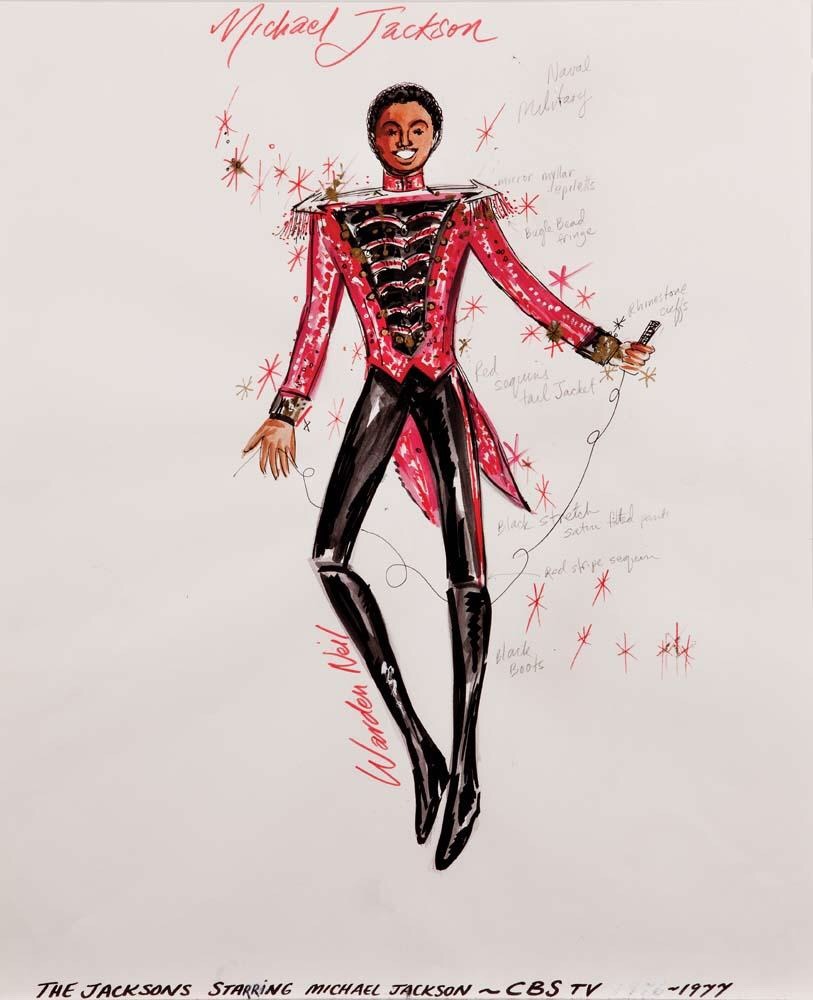 I was blessed to have met and worked and mentored by the award winning, Warden Neil. Warden started out on the tv series, The Jacksons, starring Redd Foxx. And throughout his accomplished career worked with and designed for Hollywood Royalty such as, Bob Hope, Lucille Ball, the Jackson Family, and many many more. He also designed the first season of Dancing With the Stars, setting the stage for what followed. He was such a wealth of knowledge. I met him onset of “A Final Song” and we worked together for many years and many projects later. Saving Grace B Jones, A Beautiful Life, Crowned: Mother of All Pageants, Teen Choice Awards, Kids Choice Awards, Your Momma Don’t Dance, I Survived A Japanese Game Show

He taught me the fine-tuned, Old Hollywood way of working with actors and celebrities. It was always fascinating watching him work with Tori Spelling, or Denise Richards, or the Jonas Brothers – he has a way about him, the way he carries him self. I loved watching him illustrate a costume in minutes, watercolor painted even…it was astonishing. I practice his art still. He was one of my finest teachers for production. I will always appreciate the time Warden gave me. I attended one of his illustration classes at Mood: LA, it was so good!!

Warden Neil, “I was brought on as a designer for Michael and his brothers the Jackson Five, and Janet and the sisters. There was this huge show and Michael of course was the star. Michael got involved with costumes. He had a fascination. He had a lot of natural talent in creative areas. One of them was costumes. He’s 19 years old. He’s just a young guy and he was over everybody when it came to costumes, producers, directors, choreographers. It was him. I dealt with Michael and whatever Michael wanted I came up with to please Michael. That was it. One day he came to me and said, I got this cutting from a magazine. I’d love to have costumes design around this. And what it was, was a military look from the 1800s. It was like a naval military look. So, I went and did some sketches and he loved it. He loved red and black I noticed. (Laughs). So, I did it in red and black and then it had that epaulets, double-breasted. My version had little tales behind it. But, there were particular tales they did in that era. He absolutely loved it. I guess it was like one of his favorite costumes out of all the ones I did. His first military jacket is kind of like my main claim to fame with Michael. I did a video for Michael called Ghost. I’ve been really blessed. That was one of my highlights. That actually started my getting into the “A” list of stars.” From the website: http://www.famousinterview.ca/interviews/warden_neil.htm