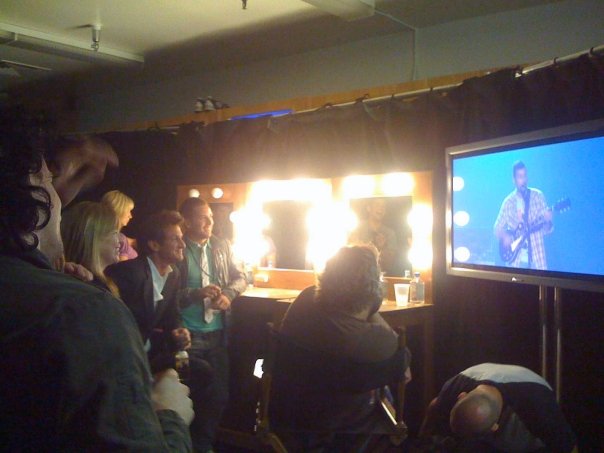 Everything about the Who has always been extra-large: sounds, ideas, personality, explosions. Paying tribute to all that isn’t easy, but the VH1 Rock Honors: The Who concert on Saturday in Los Angeles captured a bit of that legacy in a night of stirring Who songs performed by Pearl Jam, Foo Fighters, Flaming Lips, Incubus, Tenacious D and the veteran band itself, delivering songs with all the power and intelligence fans have come to know.

I had a blast working on this project with Costume Designer Nick Manno. I built the toque and pinball and his giant ‘Doc Marten’ boots. We rented the shirt, suspenders, sunglasses and pants.

I had fun on this set. I built the boots over a few days, and I made the silver ball on the toque the day of the show.